Over the last decades, biomolecular NMR has greatly improved and can now tackle complex and large proteins, including intrinsically disorders proteins, membrane proteins or proteins complexes of high molecular weight. Systems of high molecular weight are often associated with signal overlapping and long correlation times that result in short T2 relaxation times. This strong broadening of the NMR resonances limits the interpretation of the final spectra. The use of perdeuteration can help solving that issue. Unfortunately, fully deuterated proteins preclude the use of Nuclear Overhauser Effects (NOEs) needed for the determination of distance restrains necessary for the 3D structure determination of proteins. The selective incorporation of amino acids with 1H-13C labeled methyl group into a fully deuterated protein is interesting since methyl groups are over-represented in protein hydrophobic cores. In addition, methyl groups show favorable NMR properties leading to reasonably well-resolved 13C-1H correlations and rapid rotation that reduces peaks line widths.

Combination of 1H-13C methyl with methyl-TROSY experiments have provided information on systems of up to 1 MDa, which explains the increasing interest for these strategies. Alanine, Leucine, Valine, Isoleucine, Threonine and Methionine are the six natural amino acids containing methyl groups and labeling protocols have been developed for high yield production of deuterated proteins with 1H-13C methyl labeled amino acids with minimum scrambling.

The ILV labeling scheme allows the production of uniformly D, 13C and 15N labeled proteins using 13C6,D7 Glucose and 15NH4Cl as respectively carbon and nitrogen sources. The scheme relies on the customized labeling of Isoleucine, Leucine and Valine, using a-ketobutyrate or a-ketoisovalerate respectively as labeled precursors (Figure below), that are used to probe long distances restraints. 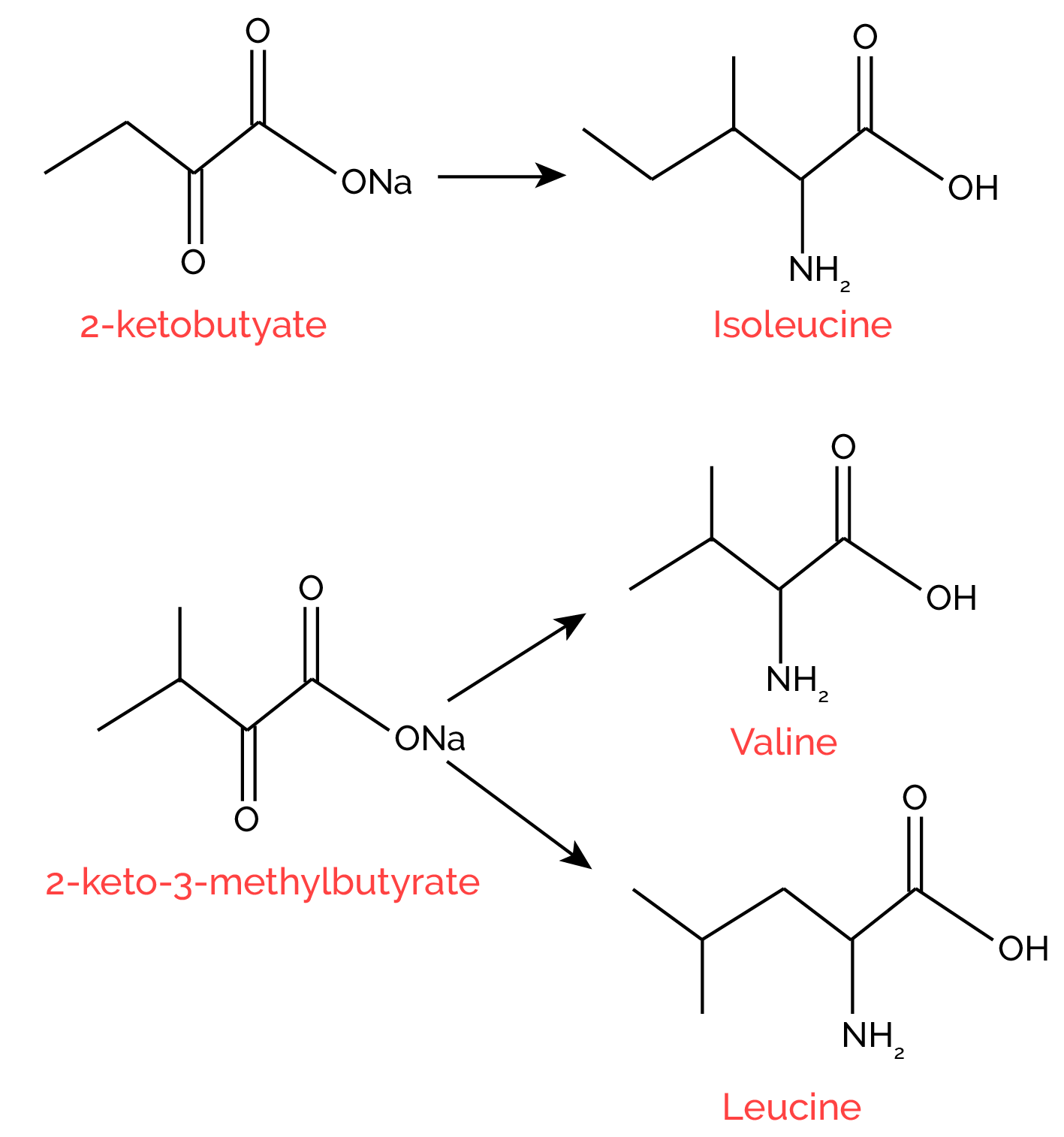 1H-13C methyl labeled Alanine, Threonine and Methionine can be incorporated into the protein by straighforward use of enriched amino acids. However, E. coli metabolic amino acid pathways lead to interconversion between amino acids, called scrambling. Importantly, scrambling is not an issue for amino acids that are formed at the final stage of an anabolic pathways, such as Proline, Lysine, Methionine or Tyrosine. Thus, whereas the methyl group of Methionine can be easily labeled into deuterated proteins, additional considerations need to be taken into account for amino acids such as Alanine and Threonine in order to suppress scrambling. For Alanine, this can be done by the addition of deuterated 2-Ketoisovalerate, Isoleucine, Succinate and Glycerol. For the Threonine, this can be performed by coaddition of deuterated Ketobutyrate and Glycine.

Finally, 1H-13C labeling of aromatic group as Phenylalanine, Tyrosine or Tryptophan is showing an increasing interest. Labeling of Phenylalanine can be performed using Phenylpyruvate whereas Tyrosine can be labeled using 4-hydroxyphenylpyruvate. Indole or Indole pyruvate can also be used to label Tryptophan. Recently, 13C, D selectively labeled anthranilic has been used to selectivley label the aromatic ring of Tyrosine.

Cortec Isotope is pleased to offer a wide selection of 13C/D isotopically enriched a-keto acids, including a-ketobutyrate and ketoisovalerate. as well as 13C-methyl labeled Alanine, Methionine and Threonine. 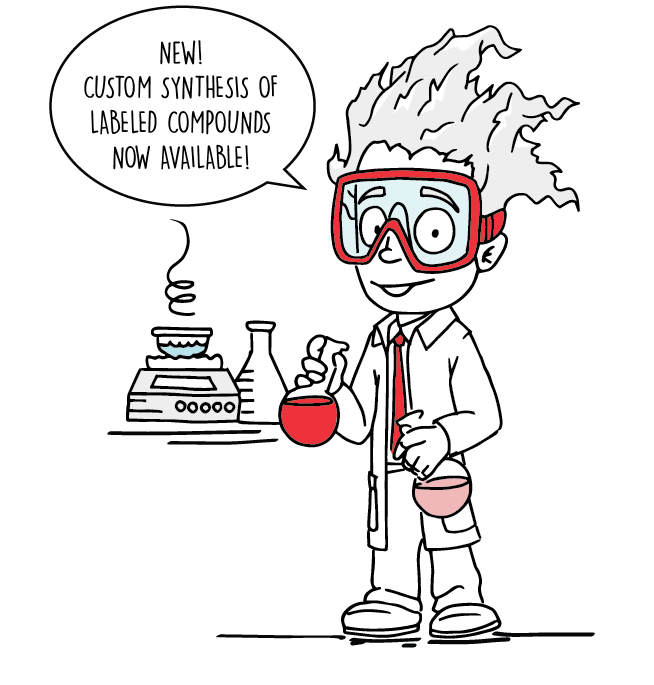