Dimethyl labeling is a chemical labeling approach employed for relative protein quantification. Chemical labeling methods are typically employed for samples that cannot undergo metabolic labeling, such as clinical samples (biological fluids, tissue samples) or in the case of time-sensitive experiments.

Dimethyl labeling is a straightforward, fast and inexpensive technique that relies on the reductive amination of peptides with the use of isotopically labeled reagents. The approach is based on the reaction of peptide primary amines with formaldehyde to generate a Schiff base that is rapidly reduced by addition of cyanoborohydride to the mixture.

Reductive amination enables a complete labeling of all peptides, with the number of labeling sites depending on the number of lysine residues. During the reaction, all primary amines in a peptide mixture are converted to dimethylamines. The only exception is in the rare occurrence of an N-terminal proline, for which a monomethylamine is formed.

By using combinations of several isotopomers of formaldehyde and cyanoborohydride, peptides that differ in mass by a minimum of 4 Da between the samples can be obtained. More combinations of 13C and D isotopomers of formaldehyde and cyanoborohydride can be used for higher multiplexing, although difﬁculties for quantification might be encountered due to the small mass shift between peptides.

Cortec Isotope is pleased to offer a variety of isotopic forms of formaldehyde and sodium cyanoborohydride for dimethyl labeling applications. 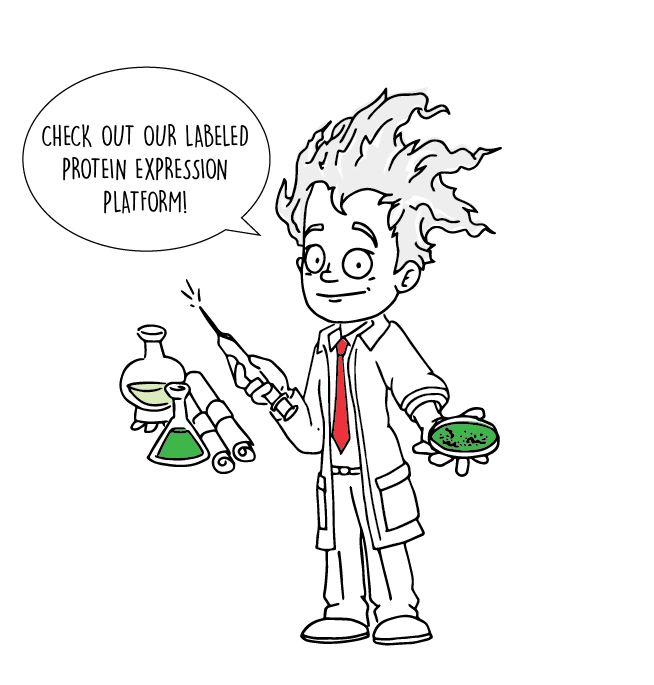