Magnetic Resonance is a powerful technique but is limited by its low sensitivity. Dynamic Nuclear Polarization (DNP) enables to circumvent this issue by significantly boosting the nuclear polarization, thus opening the way for a wide range of new applications of NMR (both solution and solid state) and MRI.

DNP consists in transferring the polarization from unpaired electron spins to nuclear spins upon microwave irradiation at cryogenic temperature. Combined with magic-angle spinning (MAS), DNP leads to signal enhancements of several orders of magnitude and renders possible a variety of applications such as:

Over the years, DNP-MAS has found many applications for the study of catalytic materials and porous solids as well as a wide range of biological macromolecules, including intrinsically disordered proteins, membrane proteins, amyloid fibrils, viruses and other large macromolecular assemblies. In the pharmaceutical industry, DNP-MAS has proven to be extremely useful when investigating active principle ingredients (API) or formulations, especially in the case of very low- concentrated APIs (figure below). 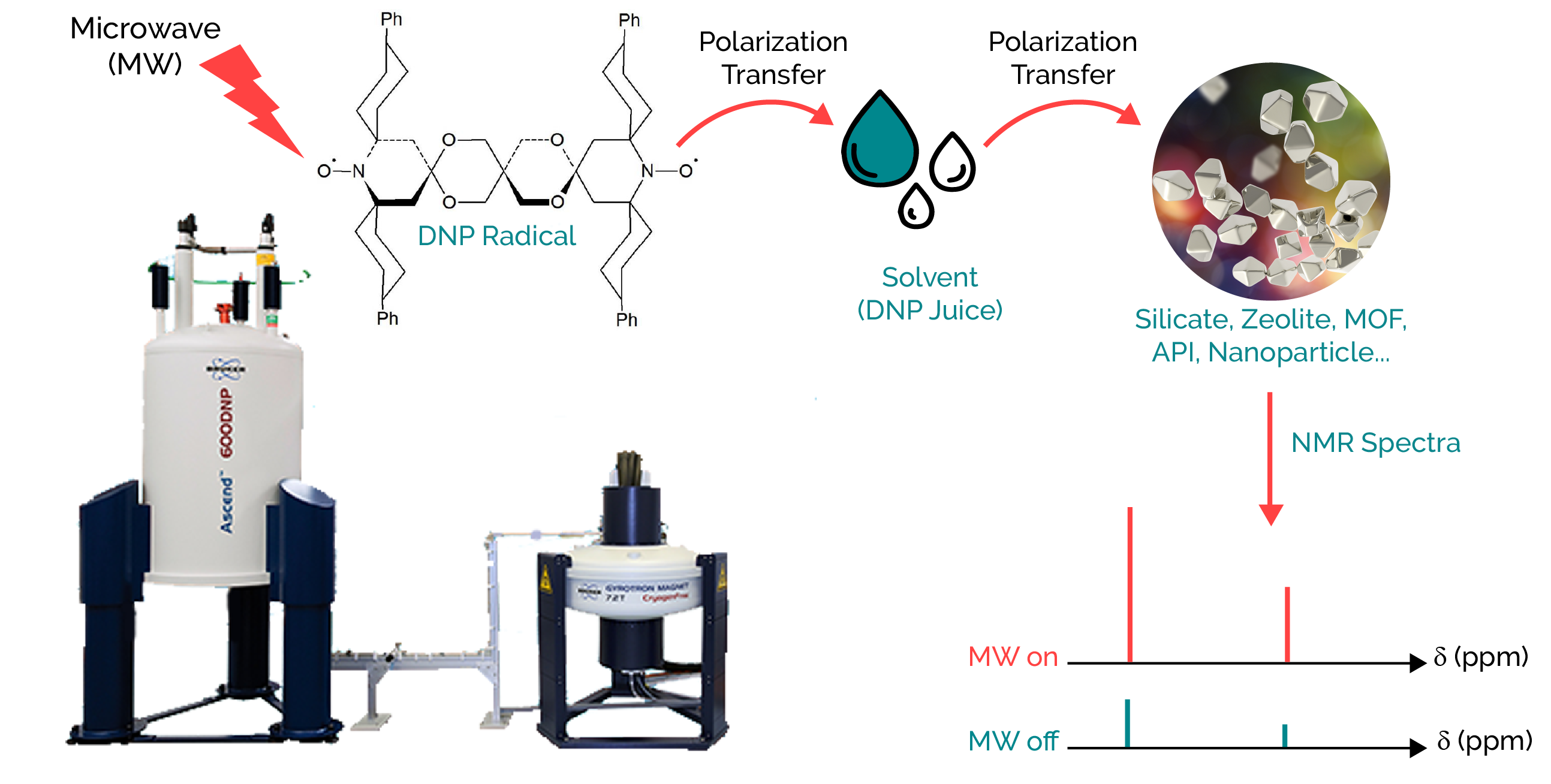 The use of DNP requires the addition of a radical to the sample as a source of unpaired electrons. To avoid aggregation of the radical, it is necessary to dissolve the polarizing agent in a solution that will form a homogeneous glass upon cooling. Typically, the so-called ‘DNP-juice’ consists in either an aqueous matrix of D2O/H2O with a cryo-protectant (such as glycerol-d8 or DMSO-d6) or an organic solvent such as tetrachloroethane, in which the polarizing agent is dissolved. The DNP-juice is then incorporated in the solid by impregnation. TEKPol (soluble in halogenated or organic solvents) and AMUPol (water soluble) are considered as gold standard radicals for DNP experiments conducted at moderate magnetic fields for the study of inorganic/hybrid materials and biological materials, respectively.

Cortec Industry is pleased to offer a variety of Bruker MAS rotors for MAS-DNP applications, including 3.2 mm sapphire, 1.9 mm and 1.3 mm.

Cortec Industry can also provide mixtures of gases of your choice! 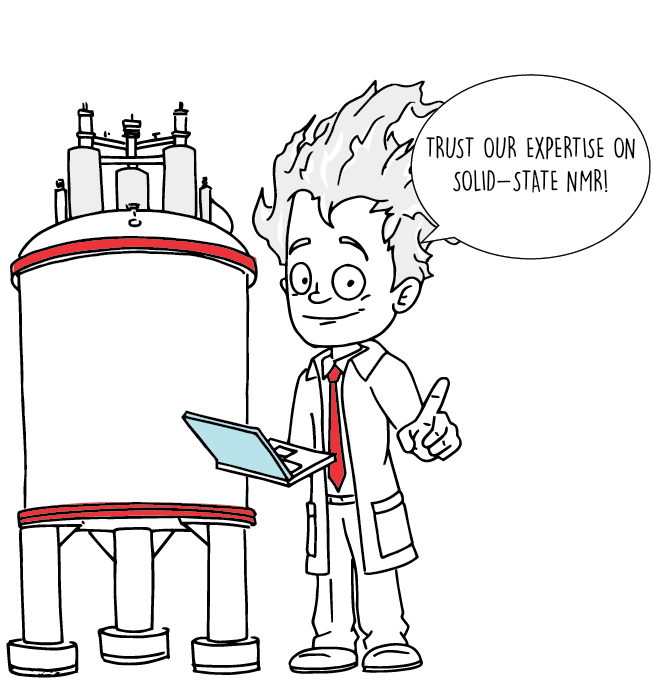